How Your Workspace Has Gendered Effects on your Life 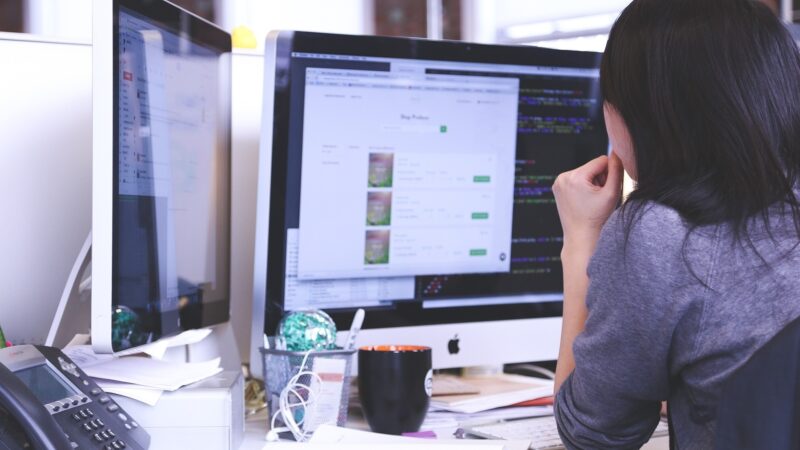 If you’ve ever found yourself feeling less productive at work because you can’t seem to get warm in your office space, no matter the space heater, multiple sweaters, or even blankets, you may not be alone. Two separate studies have confirmed that women tend to perform better and have higher productivity in warmer climates. A recent study, building off findings from a 2015 study, shows that women in temperature-controlled offices were more comfortable when the temperature was in the mid to upper 70’s while men, on average, preferred a lower temperature. At first much of this was attributed to a difference in clothing. Menswear professional attire generally consists of heavier clothing while women’s attire often includes skirts, cardigans, and lightweight fabric. However, the 2018 study found that despite a range of clothing types between students, test scores improved when women were in warmer temperatures while male students did better in cooler rooms. It should be noted that the jump in test scores for female students was so significant that any decrease in test scores for men testing in the warm climate was minimal.

Another example of how work environment affects job performance is a U.K study that unintentionally discovered that open-air offices made women within the organization uncomfortable at work. The governmental organization had made the switch from cubicles to identical desks, group spaces, and glass offices to encourage teamwork. Many women on the team felt like there was a large loss of privacy for sensitive phone calls (professional or personal) and felt like they were more frequently being stared at by their male colleagues. Many who wore jeans, appropriate for the casual office dress code, began to wear makeup or pantsuits in a desire to “blend in.”

Women who were surveyed for a secondary article about their experiences in open-air office environments shared negative experiences such as barstool style seats (a popular office trend) that makes sitting in a skirt difficult. Several women reported pumping or crying in the bathroom, the only place with real privacy. While open-air shared spaces made some women feel like they could better collaborate with teammates, for those wanting to close their door to concentrate, take high priority calls, or simply have some alone time felt more socially exhausted by the new office setup.

Bathrooms in public spaces have also proven to be a site for gendered experiences. Two gendered bathrooms, single or multi-stall, are typically provided in most workplaces. And while the core principles of OSHA are clear, that all employees, including transgender and gender-nonconforming employees, should have access to restrooms that correspond to their gender identity, trans and gender-nonconforming employees often face bathroom restrictions at work, which is unhealthy and even dangerous. More than 60% of transgender Americans have avoided using public restrooms for fear of their safety. No one should have to worry about safety in a bathroom, even less so at work.

Additional bathroom issues in the workspace are related to the fact that bathrooms are typically split 50/50 for square feet in buildings. People who use the women’s bathroom, on average, spend 2.3 times more time using the restroom than individuals who use the men’s bathroom. In part, this is because urinals take up less space so there are often more physical spots to use the restroom in a men’s restroom despite having the same physical space as a women’s bathroom. Furthermore, women are more likely to have dependents with them, like children or elderly people they may be assisting, and changing a period product also increases time spent in the bathroom.

For more information on this topic, check out the following articles referenced in this article: